Copper particles just a few nanometres in diameter are an extremely important component in catalysts for chemical processes. These processes require immense quantities of the copper nanoparticles – more than the number of stars in the sky. It is thus vital that the raw materials are used as efficiently as possible. So the question for researchers is: how big should these particles be in order to function optimally? Researchers at Utrecht University have recently been the first to successfully determine the ideal size experimentally. The results will be published in an article in Nature Communications on October 5, 2016.

For decades, scientists have conducted a heated debate about the optimal size of copper nanoparticles. This discussion is important from both a theoretical and a practical perspective. Theoretical calculations had predicted that the dimensions of the particles would have consequences for the activity of the copper catalysts. However, until now no one had been able to prove experimentally that this is indeed the case under industrial conditions: high pressure and high temperature. For the first time, researchers at Utrecht University have succeeded in varying the size of particles of copper and copper-zinc from 2 to 10 nanometres, and to study these particles under conditions of 40 bar and 260 degrees Celsius. In so doing, they discovered that the activity decreased in particles smaller than 8 nanometres.

Corners, edges and surfaces
The article’s first author, Roy van den Berg, has since earned his PhD and now works in Denmark at one of the largest producers of copper catalysts. “Smaller particles are often more active due to their relatively high density of corners and edges, but we discovered that this is not the case in this instance”, he says. “This indicates that it is essential for copper particles to have terraces in addition to corners and edges.”

Methanol production
Van den Berg’s supervisors Prof. Krijn de Jong and Prof. Petra de Jongh explain: “From a scientific perspective, this result is very interesting, in that it gives us deeper insight into the optimal structure of the catalyst.” One use for these copper nanoparticles is the manufacture of methanol, with an annual global production of approximately 65 million tonnes per year, or almost 10 kilos per person per year. “The production of methanol is increasing dramatically, in part because it offers more sustainable routes for the production of building blocks for the chemical industry. Our insights will help in the design of the active and stable catalysts that are needed in this process”, according to the supervisors. 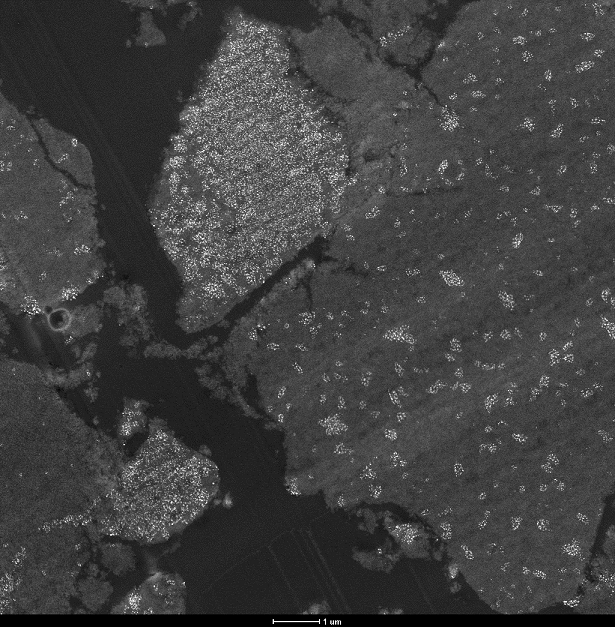 Image of a catalyst – obtained with electron microscopy – in which copper particles of 10 nanometres are visible like stars in the universe.