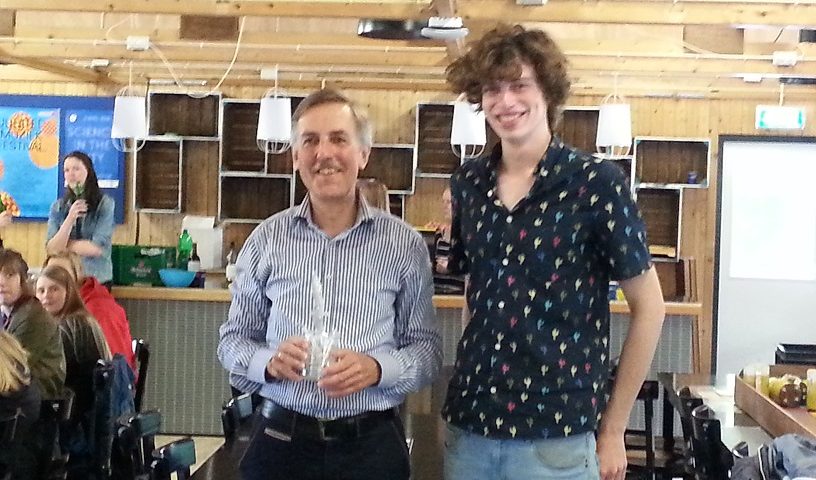 First-year students of the Bachelor Chemistry elected Prof. Krijn de Jong as best lecturer of the academic year 2015/2016. The award is called the Protonpluim and was handed over by Jitse van der Horn of the board of Proton on June 29th.