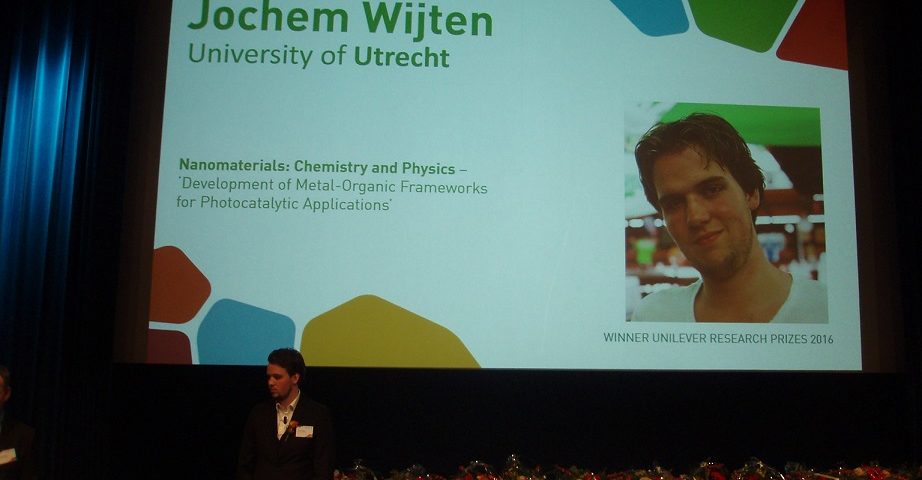 The Unilever Research Prize is awarded to Jochem Wijten for the research he conducted during his Master’s programme within the ICC-group.

Wijten was nominated for the prize because of his remarkable talent and passion for research. During his Master’s, he combined the expertise and technical infrastructure of Utrecht University and TU Eindhoven in a multidisciplinary context.

Currently Wijten is a PhD candidate working on electrocatalysis for renewable energy storage under the supervision of Professor Bert Weckhuysen.